The European Commission, through its “Do The Right Mix” program, awarded Cicloficina dos Anjos, a year ago, with a prize of 2600€ to create and develop small university bicycle shops in Lisbon. As Cicloficina did not exist formally by that time, the application was made on behalf of the Portuguese Federation of Cycling Tourism and Cycling Users (FPCUB).

During the project, Cicloficina dos Anjos supported all the costs, requesting invoices of all expenses on behalf of FPCUB; this sum would be later transferred for the Cicloficina. However, after receiving the money award, FPCUB refused to do so, unlike what was agreed.

In April 2014, Cicloficina dos Anjos (CdA) applied for the program “Do The Right Mix” from the European Commission (EC). Since we were, by that time, an informal project, we contacted the president of the Portuguese Federation of Cycling Tourism and Cycling Users (FPCUB), José Manuel Caetano, in order to be able to meet the requirements of a formal and associative framework, required by the EC. In the agreed terms to this collaboration, FPCUB would merely figure as a collaborative entity, with no coaching fees, costs or tasks for them. This partnership was similar to other previous collaborations between Cicloficina dos Anjos and FPCUB, which had never raised any problems between the two entities.

In June 2014, theEC assigned to CdA funding, that could go up to 7,000€, for the realization of the UNI-CICLO project. Once concluded, and after approving the activities report and the expenses report, the EC would transfer the amount to a FPCUB bank account and the sum would be later transferred to an account managed by CdA volunteers. At the time we had few financial resources, which we collected through the commitment of volunteers and donations made by users who have visited us in over four years.

The award of the prize “Do The Right Mix” was highly publicized by the media (SIC, Público, Jornal i) and its importance was recognized by the President of the Portuguese Parliament, Assunção Esteves. 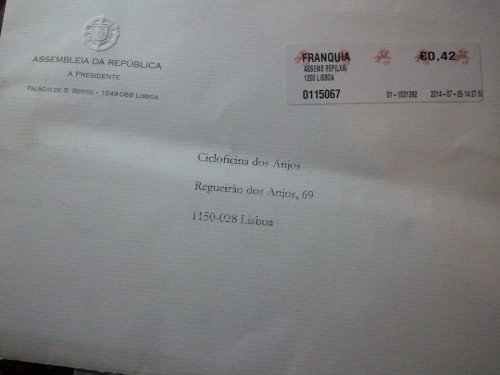 The UNI-CICLO project consisted in the creation of teams of volunteers responsible for boosting community  bicycle shops on several university campi in Lisbon, in collaboration with the local student unions. Between September and December 2014, several lectures, meetings and bicycle repair sessions were held in the Faculties of Sciences, Fine Arts and in Técnico Lisboa. 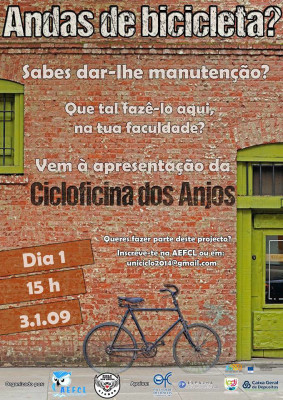 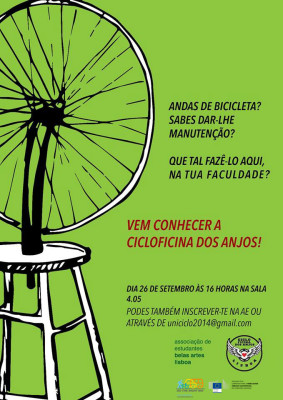 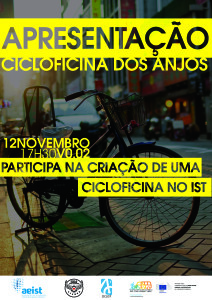 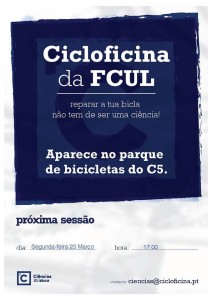 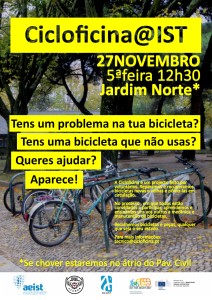 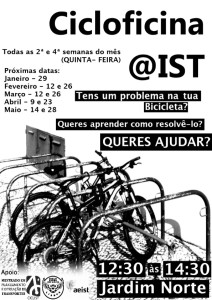 The project also covered the production of brochures, posters, stickers, business cards, and even a promotional video about Cicloficina dos Anjos. 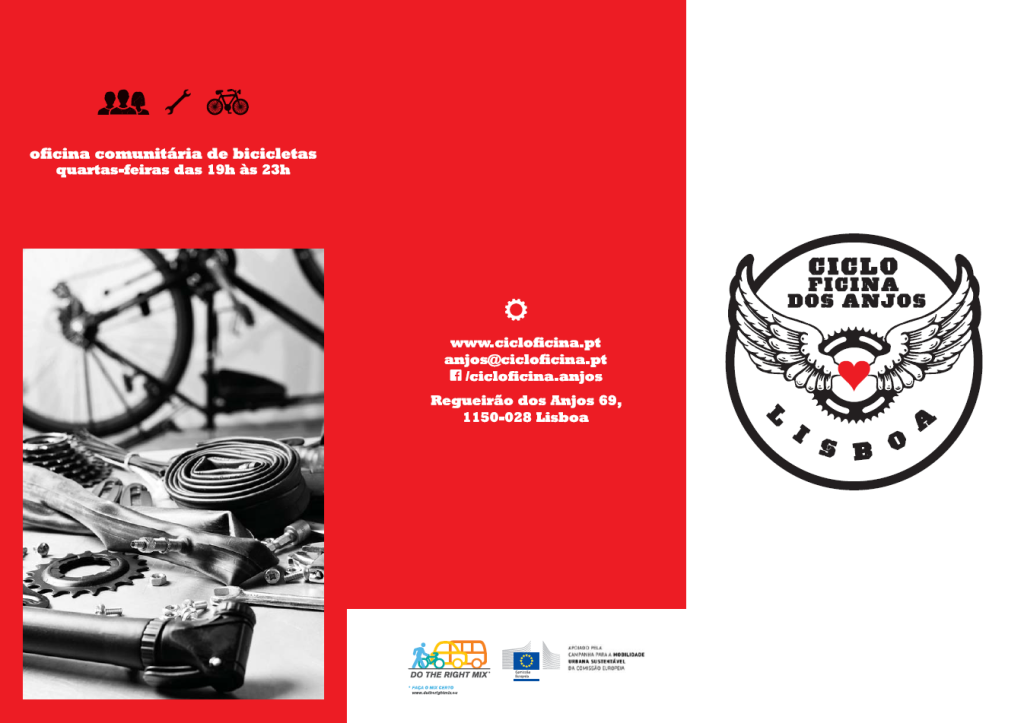 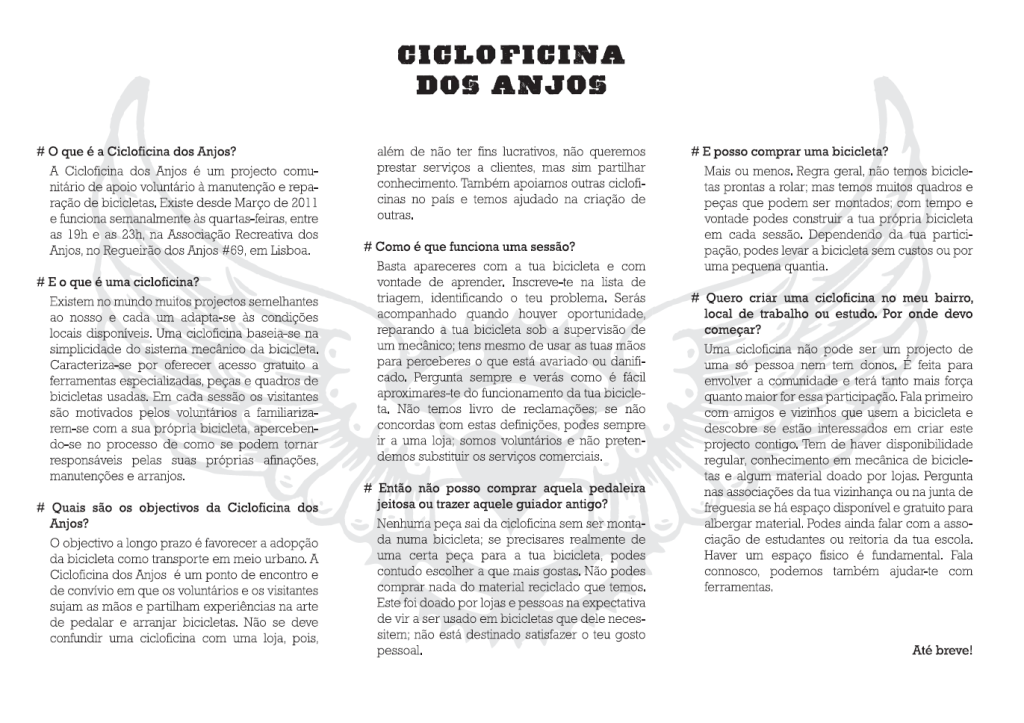 Under this project, about 2,600€ were spent by CdA. All expenses were associated with an invoice / receipt with name and VAT number of FPCUB, as required by the regulation. Outside the “Do The Right Mix” budget, we also acquired several sets of tools and other materials to equip the other bicycle shops in the three colleges, in order to give them full autonomy.

In February 2015, the project’s report was approved by the EC and the transfer of the award was made to the FPCUB bank account. Since then, we have been trying to contact the FPCUB board and chairmain, through phone calls, e-mail and registered mail, asking out when the transfer of the amount that is due to CdA would be realized.

The silence lasted until April 2015. At that time, instead of transferring the award sum, FPCUB sent us a letter with an invoice of value similar to the amount spent on the project, requesting the payment of annual fees and alleged consulting services related to applications for this and other projects. The services described in the mentioned bill were never ordered, agreed or made, and thus are totally fictitious.

FPCUB created a false invoice in order to keep the value of the prize in its bank account. 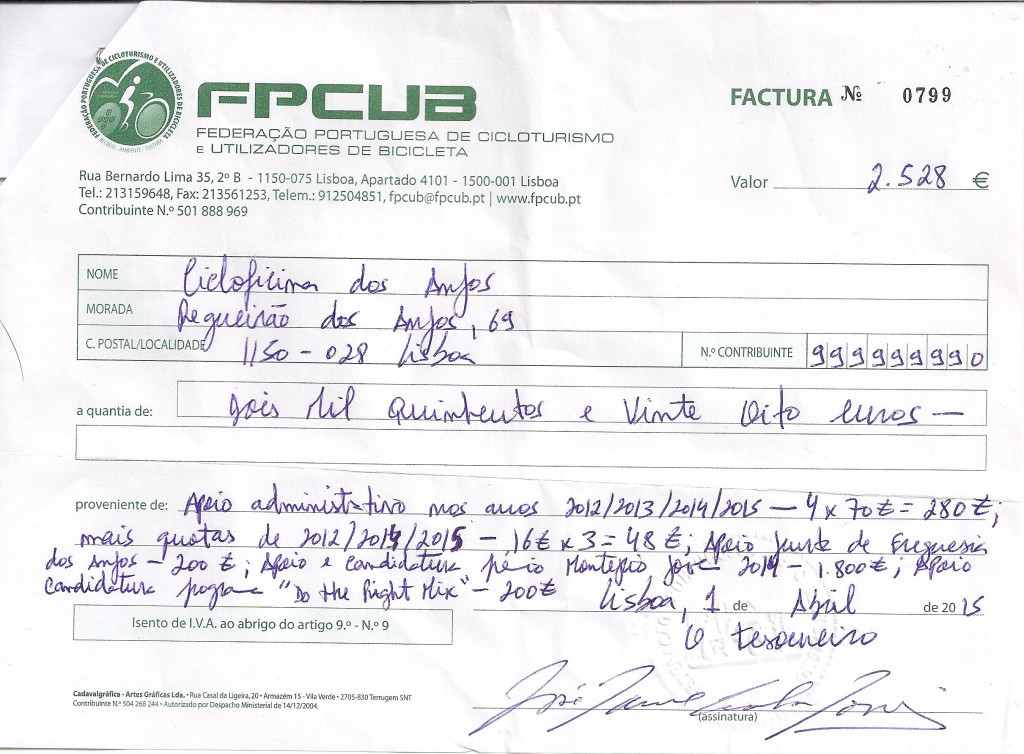 We assert that the initiative to make the application to the Local Support Program of the Junta de Freguesia dos Anjos, as well as to the Montepio Young Volunteers Award and to the “Do The Right Mix” – the so called services claimed in their invoice –, were all of our solely responsibility. All documents of applications and reports were from our exclusive authorship and FPCUB were never asked any support in this regard. We still do not know what FPCUB defines “administrative support”.

The facts are presented. We react after exhausting all institutional communication channels and attempts of reconciliation. We believe that this attitude of the FPCUB board and chairman is untenable and shameful. It is an entity with public utility status, which receives public funding and has about 30,000 members. The current board of the Federation, with all these resources, built up over 30 years, chose to use them for their own benefit, harming the volunteer effort of CdA towards empowering urban bicycle users.

Thus, we consider imperative that this situation and behavior are spread as widely as possible. We call on FPCUB associates and project partners to reflect on the profile and actions of its current representatives, and to question the FPCUB board for the due payment of the award to Cicloficina dos Anjos.

We appeal that this case should be judged by each individual, be it a bicycle user, FPCUB associate or not. We will remain, as always, open to any visitors every Wednesday at 19h. 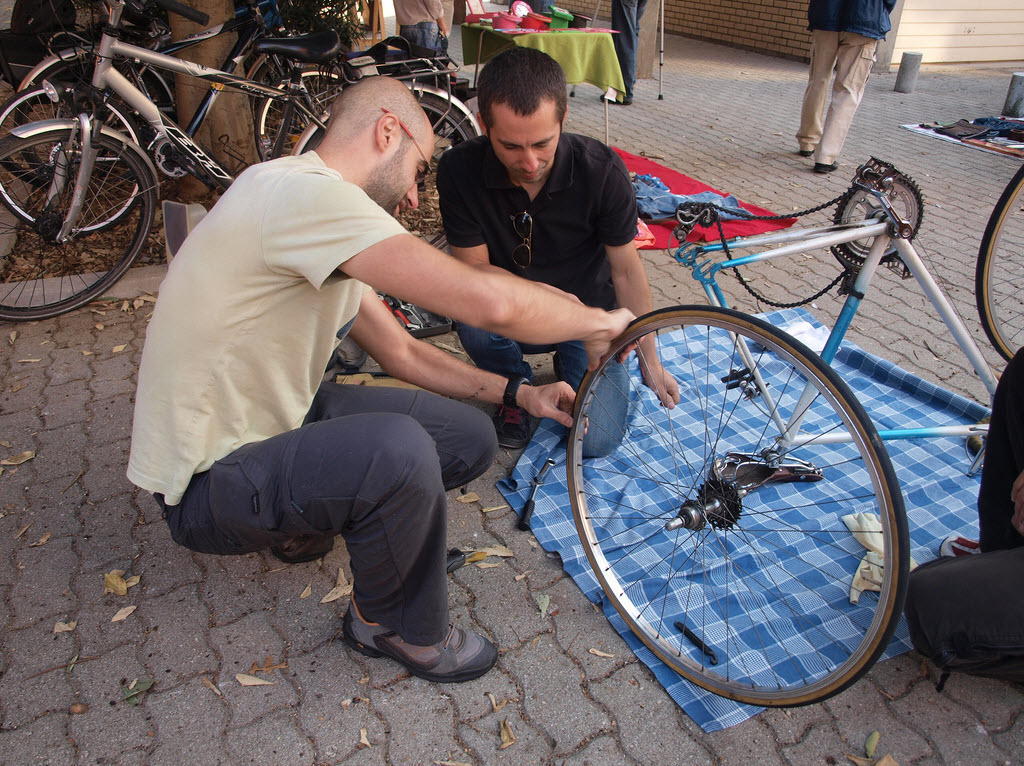